India’s involvement in Ceylon goes back to many years. India gave its culture, religions and languages to the Ceylonese. Indian rulers particularly those from South India, carried out conquests and got involved in the dynastic struggles of Ceylon rulers. The most important conquest of the early days was the conquest of Ceylon by Kalingan Megah. It is believed that the Pallavas started from Ceylon, got themselves established in an area between the Godavari and Krishna rivers. They learned the Aryan methods of administration and accepted Aryan practices. They then expanded into India. The Nayaks from India had later become kings in Kandy. 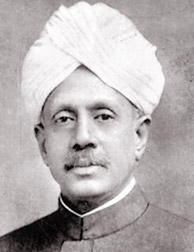 After independence, the Ceylon Government disenfranchised the Indian workers who were brought by the British to work on the estates, both rubber and tea. They had helped in the economic development but this was not considered important. The Indian government protested. After negotiations, it was decided to repatriate workers that were willing to go back. The problem was partly solved.

There were grievances felt by Ceylon Tamils. They felt they were discriminated against in jobs, university education and in the use of their language. Earlier, the State Council had decided that Singhalese and Tamil would replace English as the official language after independence. But with pressure from Singhalese chauvinists, the Singhala Only Act was passed. There was a demand for a separate state by the Tamils. Youths, under the leadership of Prabakaran, were preparing for an armed struggle. The Tigers who were first trained y the Palestinian George Habash, later began training in South India. Mrs. Indira Gandhi feared the pro-Western government of Jeyawardene. She had hoped that the Tigers would destabilize the government of Jeyawardene. She denied any knowledge of the Tigers’ training in South India. After the pogrom in 1983 where thousands of Tamils were killed,  Mrs Gandhi sent one Parthasarathy. Later there was the Chitamparam Natwar Singh visit. During Rajiv Gandhi’s regime, the Indo-Ceylon accord was signed in 1987. One provision of the Accord was to confer Ceylon citizenship on stateless Indians but this was never implemented. With the signing of the accord came 100,000 Indian troops as a Peace Keeping Force. It was intended for the rebels to surrender their arms. Provisions in the Accord stated that the rebels should hand in their arms to the Indians. Mr. Jeyawardene believed that eventually the Tigers would fight the Indian troops and he was proved right. This was the best chance of settling the ethnic question and the Tigers should have sided with the Indians. The Tigers fought the Indians and this was a big mistake. 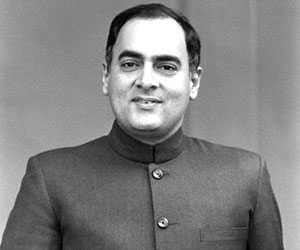 In the election for the Northeastern (the merged Northern and Eastern) Province provided for, the Tamil United Liberation Front (or TULF) did not take part. As the TULF was already discredited in the eyes of the people. Only the EPRLF-ENDLF, a pro-Indian coalition took part. Mr. Varadaraja Perumal was elected Chief Minister. The Tigers did not support the Northeast Government and again fell into the trap of Mr. Jayawardene. The administration of the Northeast was taken over by the President. During an election rally, Mr. Rajiv Gandhi was assassinated by what was believed to be a Tiger cadre. The Tigers were banned in India. India was keen to destroy the Tigers. In the war between the Sri Lankan Army and the Tigers, India sided with the Sri Lankan forces. The Tigers were finally defeated in 2009, with Chinese arms and Indian radar assistance.

This entry was posted in Ceylon History, Ethnic Issues, Jaffna, Tamils, The Tamils in India, Ceylon and Malaya and tagged Ceylon, Jaffna.